Description
* AIDS – acquired immunity deficiency syndrome and HIV – human immunodeficiency virus. * AIDS is generally considered to be the late stage of the HIV infection. Although HIV does not necessarily cause AIDS, one who is infected with HIV may later develop AIDS if the immune system is sufficiently suppressed by other factors including another retrovirus, nutritional status, lifestyle and emotional or mental state. HIV does not kill, instead it disables the immune system and patients die from other severe infections or cancers. * HIV is a retrovirus, it reproduces via the infected cell by inserting a piece of its own DNA into the DNA of the infected cell. Cells most likely to be affected are immune system cells. When an infection occurs, immune system cell numbers increase in response, thereby increasing the reproduction of HIV and the host cell is eventually destroyed. This cycle severely depletes the number of immune system cells thus severely disabling the immune system as seen in AIDS. * Diagnosis of HIV is made with a positive blood test for the HIV antigen and antibodies. * Diagnosis of AIDS is made with a strict set of criteria: – The presence of opportunistic infections or cancers linked with AIDS; or – A positive HIV test with a total helper lymphocyte count of less than 200 cells per microliter; or – A percentage of helper cells to total lymphocytes of less than fourteen percent.

Symptoms
* After first contracting HIV, many people do not experience any symptoms, others experience flu like symptoms within two to four weeks. * It may take anywhere between two to ten years before any other symptoms arise. Such symptoms may include night sweats, fatigue, inflamed gums, fever, weight and appetite loss, mouth sores, skin disorders, diarrhea, swollen lymph nodes, an enlarged liver and or spleen. * In some cases the first symptom of HIV infection is one or more of the twenty-three infections or cancers associated with AIDS.

Lifestyle symptoms
* Relaxation – techniques such as meditation, prayer and at least eight hours of sleep every day have been shown to assist the immune system and improve general health.

* Quit Smoking – cigarette smoke contains many dangerous free radicals. These put an unnecessary load on the body’s immune system. Acupuncture and nicotine patches have been found to be somewhat effective in quitting, however strong will power and going ‘cold turkey’ is the most successful method. Above all, smokers need to want to quit. See smoking for information on how to quit.

* Dietary changes – the diet requires special attention in order to boost the immune system. Eliminate junk foods, this includes foods containing sugars, colors and additives. Eliminate caffeine products, alcohol, smoking, all animal proteins, peanuts, saturated fats, salt and white flour. Avoid foods responsible for allergies. The diet should be centered upon raw vegetables and fruits, organic if possible. In addition try to take fresh juices, lentils, beans, nuts and whole grains. Drink plenty of filtered or steam distilled water to assist the flushing of toxins from the body and to guard against dehydration. Limit the intake of soy products as they contain enzyme inhibitors. Enzymes are important for the breakdown of nutrients and their uptake into the body. Foods that provide enzymes include raw papaya and fresh pineapple. Enzyme and nutrition supplements are recommended, as nutrient deficiency is common with HIV/AIDS patients due to gastrointestinal tract infection and muscle wastage caused by the progressing disease. Preventative measures that may help include:

* Abstinence from sexual relationships and intravenous drug use.

* Avoid sharing needles, toothbrushes and razors, or anything that could carry body fluids.

* There is no known cure for HIV or AIDS. * In the treatment of HIV, the aim is to slow the progression of HIV to AIDS. This may be achieved by optimizing the immune system through nutrition and healthy lifestyle. Early treatment for immune enhancement under medical supervision is highly recommended. * In the treatment of AIDS, the use of conventional treatments such as AZT (which work by trying to block the viruses attempts to reproduce), or protease inhibitors (which work by preventing the enzyme (protease) action thus disrupting the reproduction of the virus), come to the forefront. Intense nutrition supplementation is an essential component of treatment as malabsorption of nutrients usually occurs in AIDS patients. Malnutrition disables the immune system from fighting opportunistic infections or cancers. Strict medical supervision is required by this stage. * Ozone therapy has shown some success in treating AIDS 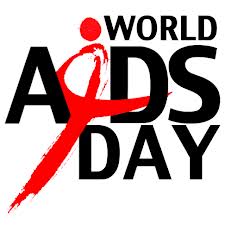 VITAMIN B12 – CYANOCOBALAMIN – Aids in the general health of body cells and nerve tissue, assists in the production of blood, DNA and RNA. Kelp, kombu, nori, soybeans, alfalfa, hops milk and cheese are good sources of vitamin B12. In AIDS patients, injections of the active form of vitamin B12 methylcobalamin are sometimes used, 2 mg twice daily. Injections require medical supervision.

VITAMIN C – An important antioxidant, used for healthy cell and inter cellular structure, boosts the immune system, interacts with other nutrients and reduces the risk of some cancers. Sources of vitamin C include tomatoes, citrus fruits, potatoes, peppermint, cantaloupe, mangos, pineapple, papaya, kale, rose hip, dandelion greens, berries, brussel sprouts, parsley, broccoli and cabbage. Vitamin C is an important factor in aggressive treatment for immune boosting in HIV/AIDS patients. Depending on the source of information, recommended dosages for HIV/AIDS patients vary anywhere between 500 – 1,000 mg three times daily, to an ascorbic acid flush once a month which involves 10,000 – 20,000 mg of an esterified vitamin C (with minerals), in divided doses daily for one or two days. This is the recommended dose for adults only. Ascorbic acid flush for children should be undertaken with medical supervision only. Large doses of vitamin C may result in the need for vitamin B12 supplementation, may cause diarrhea and may impair lymphocyte function, deplete the body of copper and affect the reliability of oral contraceptives.

VITAMIN E – A cofactor in the formation of red blood cells, an antioxidant and reduces the risk of some cancers. Of all the antioxidants that show promise in slowing down the progression of HIV to AIDS, vitamin E has had the most consistent and greatest effects1. Sources of vitamin E include wheat germ, sunflower seeds, whole grains, asparagus, peas, vegetable oils, peanuts, almonds, butter and walnuts. Large doses of vitamin E such as 400 – 800 iu may be of help for HIV/AIDS patients. Take according to label instructions if you suffer from diabetes, overactive thyroid, or are taking anticoagulant medication.

SELENIUM – A powerful antioxidant. Selenium protects the immune system by scavenging free radicals, works synergistically with vitamin E to enhance the immune system by assisting the production of antibodies and is known to assist in the prevention of some tumors. Sources of selenium include brewer’s yeast, molasses, vegetables, brown rice, whole grains, brazil nuts, wheat germ, alfalfa, ginseng, peppermint, and lemongrass. 400 mcg of selenium daily may be of help for the HIV/AIDS patient.

ZINC – An important antioxidant. Plays an important role in immune function and wound healing. Sources of zinc include brewer’s yeast, soy lecithin, alfalfa, chamomile, dandelion, sunflower seeds, whole grains, pumpkin seeds, sarsaparilla, mushrooms, hops, legumes and soy beans. Use according to label instructions. Increased zinc intake may require increased copper intake, for this reason a multimineral with copper and zinc may be of help – the use of a formula containing iron is not recommended if a fever is present. Do not take more than 100 mg daily as excess zinc can depress the immune system.

LICORICE ROOT, GAN CAO – Useful in fighting viruses by inhibiting virus activity. 1 – 2 g of powdered root three times daily may be of use. Licorice root should be used under medical supervision as it may lead to water retention and high blood pressure. Increase of dietary potassium may also be needed. Do not use during pregnancy or with glaucoma.

ST JOHNSWORT, ST JOHN’S WORT – Contains two extracts, hypericin and pseudohypericin, which have shown to inhibit retroviruse infections. Doses of between 600 – 900 mg daily may be useful in slowing the progression of HIV to AIDS. St Johnswort should not be used with prescription antidepressants or during pregnancy or lactation. Avoid exposure to strong sunlight during treatment.

GRAPESEED – Antioxidants – stimulate the immune system and circulation. Coenzyme Q10, grape seed extract may be of use. Use according to label instructions.