People with ADD do not lack intelligence; rather, they have difficulty focusing their attention, and as a result, their performance suffers.

Life can be very frustrating for children with ADD: 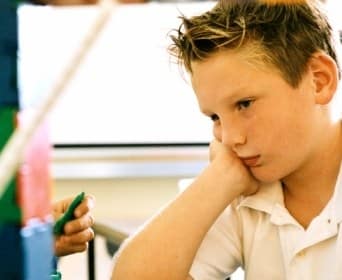 Genuine ADD seems to run in families, although environmental factors can also play a role in causing it.

Attention deficit disorder is one of the most frequently diagnosed behavioral disorders and — because some experts believe it is widely overdiagnosed — one of the most controversial. Since there is no known cure for ADD, the normal treatment is to try to manage it with medication — chiefly the stimulant methyl-phenidate (Ritalin).

It is important to note that other problems can trigger ADD symptoms. Learning disabilities, physical or sexual abuse, tension, depression, stress and family violence can all cause children to act in ways that resemble the symptoms of ADD.

If you or your child show signs of ADD that interfere significantly with daily life and work or school, call a mental health professional for advice and a thorough evaluation.

Do not accept the diagnosis of a teacher; ask your pediatrician for a referral if he does not wish to manage the situation himself.

If you suspect that your child has attention deficit disorder, find a skilled specialist you trust and get a thorough evaluation. Child psychiatrists, pediatricians, neurologists and psychologists are among the professionals who work with ADD. Your family doctor may be able to refer you.

After ADD Has Been Diagnosed

Here are some guidelines to help you through the challenge: