In Italy, it is more widely planted than Sangiovese and Nebbiolo and in California the acreage is comparable to Merlot. Barbera grapes and its high acidity thrives in warmer climates.

Low tannins is another characteristic of Barbera wines, but they are higher than Piedmont’s other “cheap” grape, Dolcetto and much lower than the prized Nebbiolo. 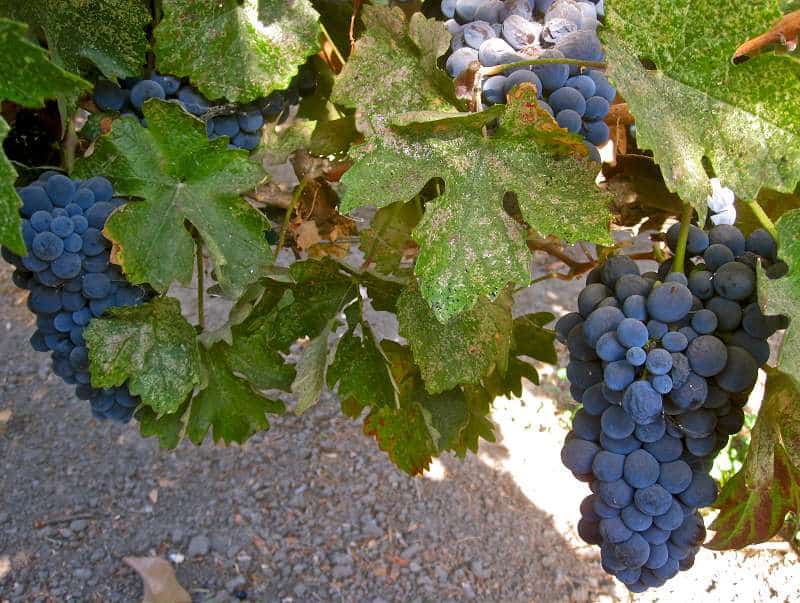 Barbera ripens about 2 weeks after Dolcetto, but is still harvested before Nebbiolo. Whether or not Barbera wines should be aged is a question yielding two answers.

Piedmont, in the north, is home to the majority of Italy‘s Barbera acreage. 52 percent of all Piedmontese vines are Barbera. The reason for the large production is that it can grow where other grapes can’t, but it is this overplanting that has tarnished the image of Barbera grapes.

Barbera is not limited to Piedmont; most of northwest Italy grows Barbera. It is even being grown in southern Italy where the weather can be scorching and unsuitable for the more sensitive grapes. After World War II, Italy‘s economy fell and Southern planters realized that they could cultivate this grape with ease and with not much monetary investment.

It thrives here, but does not reach the heights it experiences in the northwest (Piedmont and Lombardy). Colli Piacentini DOC in northern Emilia-Romagna includes Barbera grapes in its rustic and fizzy-styled wine. Colli Bolognesi DOC is another zone in Emilia-Romagna where Barbera (85 percent) is blended with Sangiovese di Romagna (15 percent).

Barbera grapes is beginning to lose ground to grapes such as the Cabernet Sauvignon because to winemakers, prized land is limited, and to cultivate a grape that is not inferior is pointless. This decline in acreage is paralleled by California’s Barbera acreage. Its origins date back to 13th century around the east Piedmont city of Monferrato. Back then, Barbera was called Barbero and Barberi.

Sea Buckthorn is the absolute champion of autumn; because of the fruit contents can ensure the body needs for a day of vitamins, minerals and…

These red, raisin-like berries are best eaten but classically they have been brewed with Schizandra. One of the most popular beverages in China consists mainly…

Aglianico was brought, by the Greeks, to Basilicata in the 6th or 7th century B.C. It is utilized for DOCG wines, DOC wines and vino da…

Albana italian grapes has been grown in the northern region, Emilia-Romagna, since the 13th century. It is also found in the vineyards of Liguria, Lombardy and…