Slimming strategy: Cut down on calorie consumption at dinnertime by starting off with a bowl of soup. In one study, a bowl of tomato soup, served as an appetizer, reduced later calorie intake by 25 percent. Other starters, including cheese on crackers and fruit, didn’t fare nearly as well.

Using ready-made cheese tortellini for this recipe lets you get this soup on the table fast. If you would like an even leaner soup, use plain pasta such as rotelle or short fusille. 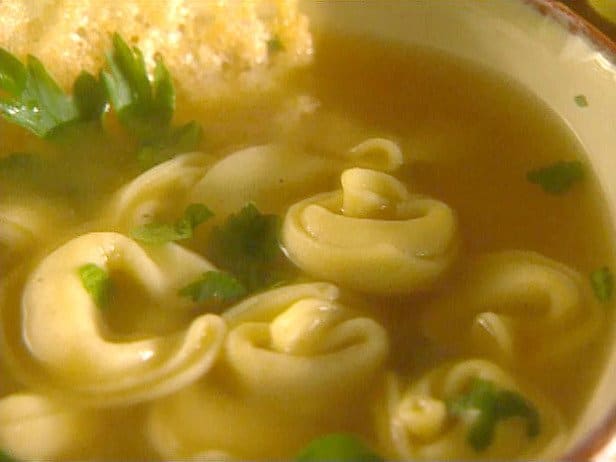 In a medium saucepan, combine the stock or broth, tortellini, peas, tomatoes, basil and oregano. Cover and bring to a boil, then reduce the heat. Simmer for 5 to 6 minutes or until the tortellini are tender.