The present Fern Valley meadow was started in the spring of 1984. For the three years prior to this the area was mowed as a low maintenance lawn. A four year period preceded this mowing when the area was allowed to grow as a meadow. The meadow covers almost 2 acres.

The Fern Valley’s meadow soil has a shallow layer of topsoil over hardpan so the soil holds water in the winter and spring. The ground is often wet for a week after rain. In the summer from mid-June on, the soil is dry, very dry until the rains start at the end of summer. The terrain is flat to slightly sloping to the north and into the woodland. The meadow borders a mature woodland on the east side throughout its length. The soil is neutral to slightly acidic.

The growing season starts after the winter mowing, when the cool season grasses kick in, such as Anthoxanthum odoratum and Poa pratensis. These grow to about 1 to 1/2 feet. Early summer brings in Arrhenantheum elatius, Festuca elatior, Holcus lanatus and Paspalum spp. These grasses bring the height of the meadow up to 3 feet. In late summer and early fall Andropogan virginicus, Triodia flava, and Eragrostis spectabilis go to flower, and raise the general height of the meadow to 4 and 5 feet. There are expansive areas of wire grass that never get above a foot throughout the season. There are still many grasses present that have not been identified. There may be as many as 20-25 species of grasses in all. 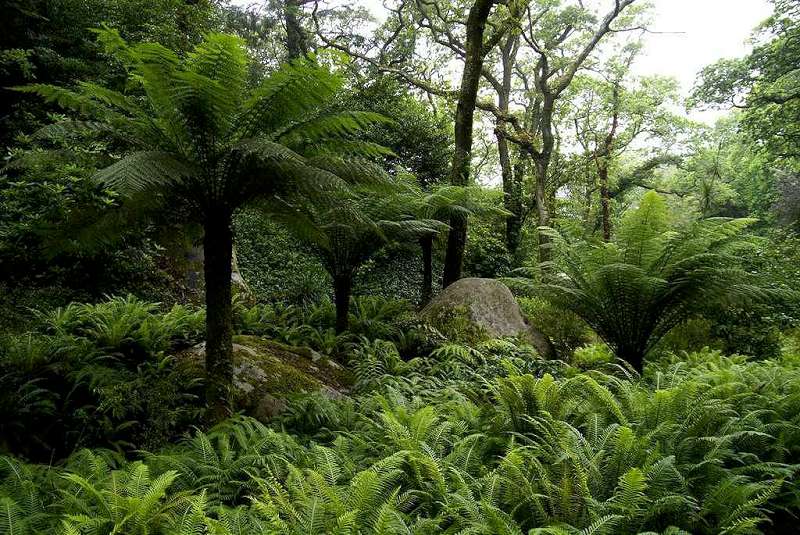 There are many approaches to developing a wildflower meadow, from clearing and freshly seeding the land to allowing an existing piece of ground to grow up wild. In Fern Valley, the area that is now the old-field meadow was allowed to grow up and we were able to see what happened. Since meadows are dynamic communities, constantly on the road to succession, we thought that a good meadow might develop if we let natural succession proceed.

In its first season of no mowing the area burst into bloom with 90 species of flowering plants and grasses. Our reason for not tilling the whole area and starting with a “clean” seedbed was that we did not want to start over with bare soil problems and constant spraying with herbicides. We were past the successional stage where many weeds can grow and did not want to step backwards. Over the past years we have hundreds of new plants representing many species in the meadow. We have never and do not plan to purchase seed for scattering. All new plants are greenhouse grown from seed and planted out as soon as they are large enough to compete in the established grasses. Many of these additions are flourishing, such as Helianthus tomentosus, Aster grandiflorus, and Baptisia australis, while Aster novae-angliae and Rudbeckia fulgida have not established well in this mature meadow.

Much of our seed for plant starts comes from seed exchanges with other arboreta or native plant societies. The meadow is not fertilized. The plants that flourish in this environment are not heavy feeders. Fertilizers would only encourage various weeds from surrounding areas. Watering is necessary in one low section where there are a few species that require soil moisture. Our rare birch Betula uber and wildflowers Veronicastrum and Asclepias incarnata enjoy the sunny meadow environment, but naturally occur in wet meadows.

At this stage of development in the Fern Valley meadow, a good fire would take care of the encroaching woody sprawlers and invaders, that annual mowing alone does not control. Because we are in an urban area, fires are not recommended. Therefore, we will be using some brush controlling herbicides in the winter.

Since the meadow is only a portion of an expansive native plant and daffodil-ivy collection, maintenance is an as-time-is-available basis. The essential tasks as they appear at this stage are:

The prominent flowering species in the meadow are:

We like to think that the Fern Valley meadow is a natural system that stops succession in its tracks. It is an intricate area with native grasses interspersed with lovely native wildflowers, appearing as it may have centuries ago when the land was the territory of native American people or when the first European colonists arrived in North America, perhaps a few years after the last fire or after the eastern bison moved on to other grazing grounds.