Scientists have learned a lot about how fuels burn by doing experiments in the near weightlessness of space. But space experiments are very expensive. How to do these sorts of experiments on the cheap?

Combustion — the burning of fuel — is our main way of producing power and propulsion. Peter Sunderland is with NASA’s Glenn Research Center in Cleveland, Ohio. He’s looking for ways to make combustion more efficient — which ultimately would save money and fuel. He’s also trying to reduce pollutants, such as soot, released in the process of combustion.

Combustion is a complicated process. But it’s easier to study if you remove the effects of gravity. That’s why Sunderland designs experiments that fall freely in a tower — and thereby experience a few moments of weightlessness. A typical drop tower experiment is packaged in what’s called a “drop rig” — about the size of a shopping cart. Inside, fuels combust and video cameras record what happens. But first, the drop rig is hoisted to the top of a tower … 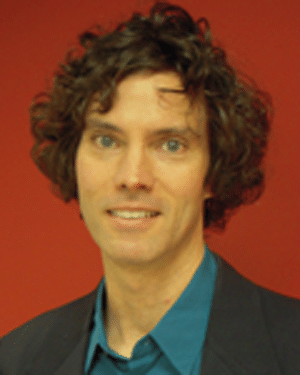 Peter Sunderland: And the researcher gives the command to the technician to push the button that initiates the test. At that point then, in the two-second tower, the rig falls about eight stories and it lands on an airbag which hopefully protects your electronics and sensitive instruments from breakage.

In a typical year, scientists conduct over a thousand drop tower tests. They’re seeking the right designs for the one or two of those combustion experiments that’ll later be done in space.

Combustion is a complicated process. But it can be simplified if the effects of gravity are removed. For example, in the near weightlessness of space, astronauts have shown that flames lose their pointy “flame shape” and become spherical. But doing experiments in space can be very expensive. So, for an alternative, researchers are using what are called drop towers to simulate the so-called “microgravity” of space.

Inside the drop rig, fuels combust and video cameras record what happens. Future experiments will also include lasers that can help measure how fast gases and particles in flames are moving.

Excerpts from an interview with Dr. Sunderland:

My research area is microgravity combustion. The motivation for this is that combustion is the world’s primary source of power, propulsion and heating — and that’s not only now, but for many years to come. And there’s many things we’d like to improve about combustion — that’s the efficiency and the pollutants that are emitted from combustion. Also, there’s the issue of fire safety — how to improve methods of detecting fires and extinguishing fires.

Microgravity is an interesting tool to get at these research issues because it removes a parameter in combustion process that has really obscured a lot of fundamental phenomena. And by looking at flames in microgravity, we’re able to see completely different phenomena and completely different flame systems that weren’t able to be explored before.

I’m very fortunate that the drop tower is in the next building adjacent to my office. And so most of my work is in the drop towers. And the drop tower is a very interactive facility where you can sign up on a day’s notice and go over and do several different tests in microgravity. And although you only get two seconds in this drop tower, it’s a good way to map out some of the fundamental parameters.

Now the flight experiments on the space shuttle and space station they take many years in the planning and they’re much bigger projects. I have been involved with a couple of those and they’re very exciting. But the drop tower is where I spend most of my research time.

I guess the main motivation for using drop towers is they’re much less expensive than flight experiments. And when I say flight experiments, I’m talking about shuttle and space station experiments — so they’re much less expensive. But there’s a penalty that you only get two seconds or five seconds of test time compared to several minutes that you get on the space shuttle. So the main motivation for using the ground based experiments is cost. And we have stringent requirements to demonstrate before going onto a space shuttle or space station experiment that the benefit of a longer space experiment outweighs the extra cost.

So the best way to demonstrate that that longer duration is needed is to first do the experiment in the drop towers and then demonstrating that that’s not long enough to observe the phenomena.

There are hundreds [of experiments] that go through the drop towers each four year cycle, but only three or four or five get to go into space. So if we were only restricted to the space platforms, you’d only get a fraction of what you get out of the drop towers in terms of number of investigations.

In the 2 second drop tower for example, the size of our experiment is limited to about the size of a shopping cart in a grocery store. And it needs to be battery powered and completely remotely operable. So during the test, there can not be any interaction with the researcher, based on the limitations of the current technology. So the researcher usually goes about an hour before the test time and prepares all the flow rates and all the gas concentrations that are needed for the experiment and then there’s a drop tower staff person who helps prepare the test.

Then, at the final moment, the experiment, which we call a drop rig is ready to be dropped. And the researcher gives the command to the technician to push the button that initiates the test. At that point, in the 2 second tower, the rig falls about 8 stories and it lands on an airbag which hopefully protects your electronics and sensitive instruments from breakage. But you can imagine it’s a difficult environment to work in because everything has to be remotely operated and it has to be pretty durable to withstand the impact force when the experiment hits the airbag.

The other drop tower that we have at NASA Glenn is a 5 second drop tower and it’s just as you described — a hole in the ground. So when you walk up to the drop facility, you’re actually at the top of it and you can look down the chute which is 133 meters deep, so that’s the equivalent of a 40 story building. And the whole drop tube gets evacuated, so you don’t have any wind resistance on the way down. And in this case, the experiment lands in Styrofoam pellets as a decelerate instead of an airbag.

In the five second drop tower, the peak speed is about 114 miles per hour and it stops in about 12 feet. So it’s very very quick, the deceleration, a fraction of a second. And you end up with about 100 g’s — about 100 times normal gravity as it decelerates — so you can imagine how robust you need to make the parts.

That’s compared to about 3 g’s for shuttle launches — mostly because of the astronauts. But the shuttle launch takes minutes instead of a fraction of a second.