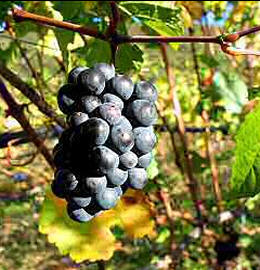 Berzamino is another name for Marzemino. This late ripening grape is mostly grown in eastern Lombardy. Marzemino is sometimes blended with Groppello italian wine to produce a vina da tavola called Ronco di Mompiano. It is also DOC in Trentino where the riserva must be aged for 2 years. 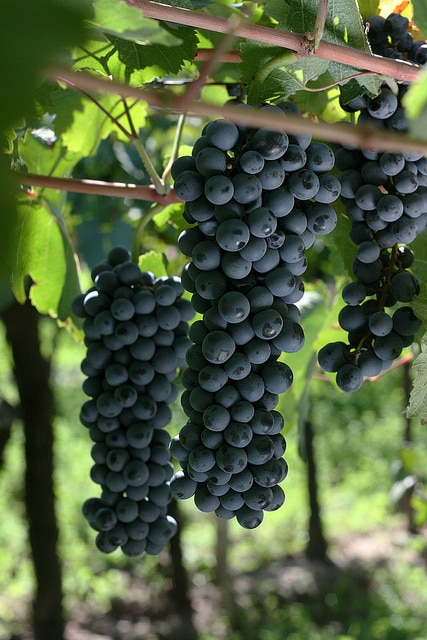 Bonarda used to be one of the most widely grapes grown in Piedmont, occupying 30 percent of the total vines. The infestation of Phylloxera put a quick end to this in the 1860’s.

It is a red grape mostly grown in Turin, which is located in central Piedmont. Bonarda is deep-colored and often blended with other grapes. The resulting wines are light, fruity easy to drink and meant to be consumed young. For example, Lessona DOC in northern Piedmont, is a blend of Bonarda, Nebbiolo and Vespolina.

Bonarda is also grown in Oltrepò Pavese, a DOC zone in southern Lombardy. Today, there are signs that like Dolcetto, Bonarda is becoming more popular and a comeback may occur.

Bonarda is also a synonym for a grape variety officailly known as Croatina. This relationship is very confusing and should be investigated. There are actually two Bonarda grapes. This grape, Bonarda Piedmontese, is the lighter of the two and, as stated earlier, is used to soften Nebbiolo in Ghemme DOC, Lessona DOC and Fara DOC. These three DOC zones are northeast Piedmont, near Gattinara DOCG. 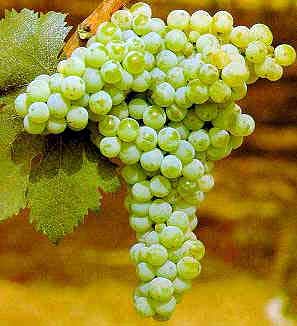 The origin of Italy‘s Bombino Bianco is not certain, though Spain is believed to be its first home. Bombino Bianco wines are low in alcohol, fairly neutral in taste and are more often than not blended with other grapes. The blend is used to produce both wines and vermouth.

Bombino Bianco is not the most popular grape grown in Italy, but its production is relatively large because of the high yields it experiences. Because of these yields, Bombino Bianco is also called Straccia Cambale, which loosely translates to “tear up the IOU.” Winemakers carefully prune the vines, which lowers the yield but generates more flavorful grapes. It is a late ripening grape.

Bianchello del Metauro DOC is in northeast Marches, surrounding the river and valley of Metauro as it empties into the Adriatic Sea. Here the Bianchello grape is utilized to produce dry and crisp white wines. Bianchello wines have proven to be good accompaniments to seafood because of this crispness along with a light character.

Not being the most popular grape in Italy by far, it is mostly planted in central east Italy along with other obscure grapes such as Maceratino, Montu, Pagadebit, Passerina and Pecorino. 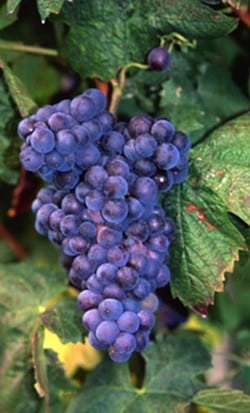 Brachetto’s origin is from France, where it is referred to as Braquet. Braquet is still grown around the city of Nice. Brachetto owes much of its success to Lambrusco and its success. There are similarities between the two including the bubbly nature and sweetness. Brachetto is an early-ripening grape. 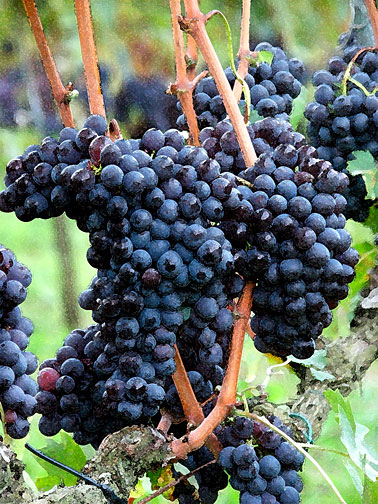 Clamente Santi, a winemaker living in the city of Montalcino, began experimenting with Brunello. His family’s estate always produced Chianti, but he began to isolate and propagate this Sangiovese clone. In 1870, Santi’s grandson, Feruccio Biondi-Santi, became the first to produce and bottle Brunello. Brunello di Montalcino is still in Santi’s family using the label Biondi-Santi.

What makes this wine and grape so spectacular is the heavy skins full of tannins and the long maceration period of the grape’s juice with their skins. This gives Brunello the ability to age for decades, easily.