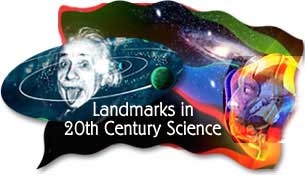 Lately, I’ve been having a recurring nightmare. Each night, I wake up in a cold sweat. The dream goes something like this: an alien from another planet has come down to find out what we humans have accomplished in the past century. “You see, I first visited your planet in what you would call the year 1900. And I wasn’t very impressed,” he says.

My legs go all rubbery and everything around me shifts to black and white. “Welcome to 1900,” he says. We walk around a crowded American city, looking in shop windows, avoiding horse-drawn carriages and the open sewers. He begins a 19th century science lecture:

“Society in 1900 was powered by coal and steam locomotives. Electricity was just starting to arrive in homes. There were no radios, televisions, or computers. There were no plastics or synthetic polymers such as nylon. Automobiles were crude and could barely compete with the horse. Airplanes had yet to carry anyone off the ground!

“To you humans in 1900, an atom wasn’t known to have a distinct nucleus with orbiting electrons. There was this idea going around that atoms contain energy, but no one was sure just how much energy. You certainly didn’t know how to tap atomic energy for power or weapons.

“No one realized in 1900 that you live in one of billions of galaxies the universe. There was no obvious beginning or end to time and space.

“No human had left Earth’s atmosphere. School children were denied the dream that a human might one day set foot on your nearest celestial neighbor — the moon.

“In 1900 — when plants, animals and people reproduced — it wasn’t understood how their traits were passed along to their offspring. The chromosome theory of inheritance didn’t exist.”

In my dream, the alien continues with his litany of things that humans thought they knew or simply had no clue about in 1900. He finishes by saying how profoundly disappointed he was with his first visit to Earth. He said, “When I reported back to my superiors, most were in favor of conquering your backwards planet, sterilizing it and setting up a mining colony. But I suggested another course of action. I would return in 100 Earth years and check up on your progress. You might be spared if you could prove that you, as a species, are worthy enough to be our allies.”

So he sits me down at a typewriter in a windowless cubicle and orders me to write up a firsthand account of 20th century science to be included as an appendix in his report. And this is what I type on a rickety old typewriter (word processors don’t exist in scary dreams):

How far have we come?

How on Earth could I even begin to catalog all of the scientific achievements of the 20th century? It would be impossible to make a thorough list in even one narrow field of science. Even if I could compose such a list, it probably wouldn’t match anyone else’s ideas on what was truly the important science.

But with an alien death ray pointed at me, the first thing that comes to mind is the laser. Few other inventions have so affected the way we live today.

Lasers can be found in compact disc players, atomic clocks, and desktop printers and scanners. They’re used to burn microchips, communicate over fiber optic cables, and navigate ships. Lasers have even helped us map the moon and planets. When Apollo astronauts visited the moon, they left behind reflectors. By bouncing laser beams off the reflectors, scientists have been able to measure the distance from Earth to the moon with very high precision.

The other device that best applies this revolutionary understanding of the quantum world is the transistor.

Stop a moment and make a mental list of all the electronic devices around you. Maybe your list includes radios, stereos, amplifiers, televisions, clocks, calculators, computers, and recording devices. The sheer number of these devices in use for business, work and play is staggering. But then consider how amazing it is that every single electronic device has at least one transistor, if not millions. According to Gordon Moore, Intel co-founder and originator of Moore’s Law, “Today the world produces about as many transistors as it does printed characters in all the newspapers, books, magazines and computer and elecrtonic-copier pages combined.”

At the intersection of chemistry and biology, there were two truly monumental achievements. One was the invention of the oral contraceptive, or as it’s better known, “The Pill.”
Margaret Sanger — the “mother of The Pill” — challenged researchers to take advantage of new insights into hormones and reproduction to make a safe, effective, oral birth control pill. The sixth of eleven children, Margaret Sanger first coined the term “birth control.” In Brooklyn in 1916, she opened the first birth control center in the U.S. She organized the first World Population Conference in Geneva, Switzerland in 1927. She also helped found the Planned Parenthood Federation of America in 1942.

The oral contraceptive has the distinction of being the first drug approved by the U.S. Food and Drug Administration with an express purpose other than to cure disease. Today, in the year 2000, by some estimates, 100 million women use or have used birth control pills worldwide. And according to some experts, current world population might be higher by one billion or more people without The Pill.

The Pill relied on an understanding of molecules called hormones. The second triumph for biochemistry was a new understanding of a different type of molecule — DNA. James Watson and Francis Crick unraveled the mystery behind DNA before their rival Linus Pauling, the most respected molecular biologist of that era. Crick and Watson saw the data of another researcher. They knew that if Pauling saw the same data, he would beat them to the answer. They worked feverishly for weeks until they discovered the basic structure of DNA and the clever mechanism by which it copies itself. Without their insights, we would not have cloned sheep and we wouldn’t be on the verge of transcribing the entire genetic code of a human.

While we’re looking at biology and chemistry, it is only fair to mention the development of the polio vaccine, which has helped to eradicate this disease. And penicillin, the first antibiotic agent plucked from one microorganism to aid humans in the war against harmful bacteria. The combined effect of these two medical agents surely saved millions of lives in the 20th Century.

The second half of the 20th Century has been variously called the Information Age, the Computer Age, and the Nuclear Age. But this era could just as easily be called the Space Age. Consider the first steps we 20th-centurions have made into space.

In 1926, Robert Goddard — a professor and researcher at Clark University in Massachusetts — launched the first liquid fuel rocket the world had ever seen. Just six years before, a New York Times editor wrote of Goddard’s dream to send spacecraft into space: “That Professor Goddard … does not know the relation of action to reaction, and of the need to have something better than a vacuum against which to react … Of course he only seems to lack the knowledge ladled out daily in high schools.”

Robert Goddard died in 1945. Just 50 years after his first liquid fuel rocket flight, 12 men had walked on the moon. Not only that, but liquid fuel rockets made possible the hundreds of artificial satellites that now orbit Earth. Historians often mark the beginning of the space age with the launch of Sputnik — the first artificial satellite — in 1957. Rockets also made possible space probes such as Mars Pathfinder, Voyager, and Galileo. As Goddard himself once said: “It is difficult to say what is impossible, for the dream of yesterday is the hope of today and the reality of tomorrow.”

In February of 1930, the solar system doubled in size when Clyde Tombaugh, a 23 year old amateur astronomer discovered the ninth planet — Pluto. It had been almost a century since the last planet — Neptune — was discovered.

There were at least three planets left to “discover” in our solar system when the first telescopes were pointed into the night sky. The visible planets had been known as long as people cared to watch the sky’s changing face. It’s unlikely that any more planets are hiding out within our sun’s gravitational influence. And yet planet hunters are now living in a new golden age of discovery. They’re now looking farther out into the universe — at the regions around other stars. In just five years, scientists have discovered five times as many planets as have been known for all of the rest of human history.

It’s currently thought by scientists that our universe had its start in space and time with an event known as the Big Bang. There was an explosion and everything we see (and maybe a lot of things we can’t) poofed into existence. It all started over ten billion years ago as an unimaginably dense, hot fireball that rapidly expanded. And the explosion hasn’t stopped yet. All matter is still pushing outward as far as the eye can see. There are two main reasons scientists think we’re living in this explosion’s aftermath — Edwin Hubble’s discovery that galaxies and unbound stars are flying apart from each other; and the discovery in 1965 of what is called the “cosmic background radiation.”

Two engineers working for Bell Labs were using a satellite-tracking antenna to experiment with microwave communications when they noticed background noise with no obvious source. No matter which direction they pointed the antenna, the noise was there. Princeton astronomers confirmed that this noise was actually microwave radiation that fills space — just as the Big Bang theory predicts. Arno Penzias and Robert Wilson later received the Nobel prize for discovering the cosmic microwave background radiation.

And, saving the best for last, there was the development of relativity theory by Albert Einstein. The theory reshaped our notions of time and space. It gave us a new way to look at gravity. It gave us strange effects like two imaginary brothers who age differently depending on the speed at which they travel away from each other. It yanked the rug of absolute space out from under us. It made possible the atomic bomb.

For more examples of 20th Century achievements, see our list of 26 science landmarks at the end of this article.