In our never-ending preparation for our wilderness trip, let us compare this next section to a lantern. In a very dark forest, a lantern is an absolute necessity. Without it, we will not be able to venture much beyond the edge of the forest without becoming hopelessly lost, unsure of our bearings and unaware of potential hazards in our path. It is the lantern that makes it possible to use all of the other pieces of equipment. A map and a compass are useless if we cannot see to read them. Hiking boots are of very limited usefulness if we cannot see the terrain; we may as well be wearing bedroom slippers when we stumble into a swamp. So here is the final piece of equipment that we will need. I should point out that I am merely giving you the lantern here; by reading and understanding this passage, you provide the spark that lights the lantern.

With that said, let me provide you with an overview of what is going to come in this, possibly the most important part of the essay. First, we will look at why the two most common modes of parenting are badly flawed. These examples are unfortunately those most often utilized in modern society, and we will see what the results are. Next, we will try to determine why the breakdown in parenting occurred. The reason is not simple, and we will examine the many factors that have led to the current lamentable failure. Some things that may have seemed good ideas originally, very moral and high-minded, became less so for various reasons and led to our downfall as a society. Next, we will take a very careful look at what sort of guidance and instruction ought to be provided in order to give children a proper foundation.

Parenting – are you ready? 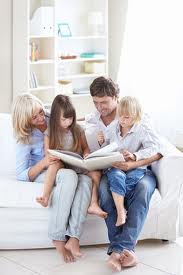 We will not delve into a great level of specifics – after all, good parenting should always be flexible to include room for personality types (the parent’s and the child’s) and individual situations – but there are certain guidelines which should be agreed upon, for our children’s sake. Finally, we will look at the ways by which we can encourage appropriate behaviors in parents and children and thus improve the way society conducts itself. We will also take a brief look at the societal benefits that this will bring about. We have already touched on these, and we will revisit them only briefly. This is a subject which is often spoken about, but it is a very large and difficult problem to completely grasp, so we will approach the subject slowly and examine it thoroughly.

The fact that children are the way they are today is evidence enough that parenting is not as it should be. Of course, the fact that our culture is debased and full of various vices isn’t helping the situation one bit. But the libertarian position that responsible individuals will be able to survive and flourish in any society is correct. The argument only fails when it is used to argue in favor of producing more such garbage (i.e. Hollywood producers defending the sex- and violence-centered drivel that emanates in the manner of rotten catfish from the studio houses to a greater degree every year), for there is no reason to introduce even more of this low-minded material in an already troubled world. However, any attempts to eliminate all of the temptations currently available to us will result in failure. It is similar to the drug trade: Anyone who has a desire to attain some will be able to.

There is not much we can do to that end. What is needed here is not the removal of temptation, but the improvement of people such that they will be able to resist such temptations. This is why neither straight conservatism nor libertarianism can be applied to parenting. Shielding the child from temptations, while a good idea initially, cannot be done forever because the child will, sooner or later, find out about these things on his own, from friends or the media, and he will very likely try things he shouldn’t, either out of ignorance or to spite the parents for their overly strict ways. On the other hand, libertarian parents, who give the child free reign to do as he sees fit, will soon have a nightmare on their hands. Their child will not recognize authority in any form, will succumb to temptation very easily, will place his own interest ahead of that of others, and will exhibit other hallmarks of emotional immaturity as well.

This child would generally act as though he had not been raised in a civilized society, and to a certain extent this is true. Note that some modern parents do this by design, often as a result of their own upbringing, and for others it is a function of the fact that they are not around enough for their children. Obviously, neither extreme is a model for appropriate human behavior, so it should surprise us that many modern parents do just what has been described.