Ask any mother who has raised children who were both breast and bottle-fed, and I’ll bet that parent would be hard pressed to say that her breast-fed child is smarter than the other. Yet a new study says that’s precisely the case – breast- fed babies are smarter than their bottle-fed counterparts. (This caused great conversation in our house since my eldest child is bottle-fed and considers herself every bit as smart as her siblings!)

The American Academy of Pediatrics has advocated breast-feeding since its first manual was printed in 1948. They have continued to revise their guidelines over the years and urge mothers to use human milk for infant nutrition. The Academy makes this recommendation based on extensive research covering nutrition, the immune system, economic and psycho-social reasons, development and the environment.

Many studies performed in developed countries have shown that breast-fed infants have lower rates of diarrhea, respiratory infections, allergic problems, ear infections, meningitis, urinary tract infections and other diseases. This is because breast milk carries mother’s antibodies in the colostrum and milk that are specific for the human species. 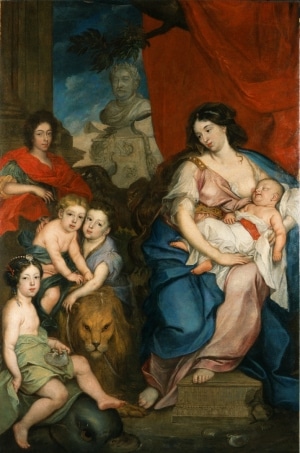 The American Academy of Pediatrics believes that breast-feeding should be encouraged and women supported in this endeavor. I couldn’t agree more. But support is the underlying word here. Ask any woman who has breast-fed her babies, and if she’s honest she’ll tell you the first time you try it can be an arduous experience. Your breasts can be very tender and some babies are a little slow to catch on. But if you stick with it for a day or two you find breast-feeding one of the most extraordinary experiences in life. And with what we know about the advantages, there seems no reason not to promote breast feeding in a coordinated effort among obstetricians, pediatricians, hospitals and mothers.

In those rare cases when a mother doesn’t produce enough milk or is having difficulties, I do believe we should spare the guilt and let mother and child bond in all the other ways possible. And if you find that after six months or so your baby wants to snuggle but gulp his milk out of a bottle, don’t be surprised. My littlest one, when I started supplementing him at seven months, realized he could get milk faster from a bottle and dumped me like a hot potato!

Personally, I think a year of breast feeding is a wonderful but lofty goal. Strive for it, but if you fall short don’t let your friends or neighbors make you feel like you failed. For many working moms, pumping breasts and keeping a supply of milk at home is easy. For others, it is nearly impossible. But at least try for six months. Many of the benefits to the baby’s immune system happen during this time frame. Talk to your obstetrician about what kind of support is available at your hospital for breast-feeding moms. Most hospitals now have nurses who specialize in breast-feeding. So even if you are discharged the day after delivery you can have a support system when you need it.