One of the least understood anxiety disorders is the panic attack. Even those that understand the disorder can rarely describe the symptoms, and most doctors are ignorant of its existence completely, knowing only the terminology but not how the disorder manifests. It’s important, however, that you understand panic attacks in their entirety, because in many ways these misunderstandings lead to greater panic related issues.

The Physical Link With Panic Attacks

The issue with panic attacks is that while they’re solely a mental health problem, it causes issues that make it feel as though it’s affected by your physical health. The symptoms of panic attacks are one of the primary reasons that people believe that panic attacks are a physical disorder. Panic attacks don’t necessarily cause what most people see as “panicking thoughts.” When people hear the term, they picture someone screaming about their worries and thinking the world is going to crash around them.

While there are certainly some people that experience those emotions, most people experience emotions that – in the moment – would not be considered irrational. Those that suffer from panic attacks often feel as though something is seriously wrong with their health. Their heart rate increases dramatically, they feel weak or light headed – some people even feel feint. These types of symptoms mimic symptoms of real, physical problems. When describing these to a doctor, most refuse to believe that something mental could cause those types of symptoms.

In addition, most people suffering from panic attacks have a problem believing they can be mental health related as well, because they see themselves reacting to something physical. When you suffer from panic attacks you become hyper sensitive to your own physical responses. That hypersensitivity causes a normal, mild physical response to become much more powerful, giving it the impression that something is physically wrong. 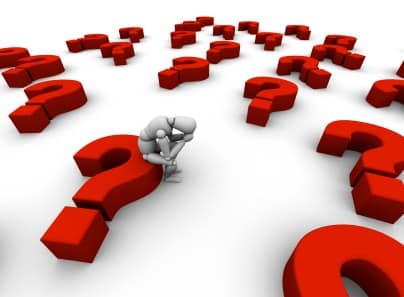 It’s for that reason that panic attacks are also self-sustaining. They tend to follow a very specific pattern:

It’s for these reasons and more that doctors often see panic attacks as a physical health issue rather than a mental health issue, and most people that suffer from panic attacks are happy to believe them. The problem is that the medicines they prescribe to treat these issues may also be the least suitable for them.

Doctors generally prescribe tranquilizers (extremely potent anti-anxiety medications) and anti-depressants for those suffering from panic attacks. Neither of these may be a good option.

It’s important to remember that your doctor may also find that you are not suffering from panic attacks, and that there may be something physical that needs to be treated. Furthermore, there are some people that experience panic attacks so severe that medicines may be necessary. None of this should be considered above medical advice from a trained professional.

But it’s also important to note that improperly prescribed medicine may actually have a more harmful effect on your long term ability to recover from panic disorder than medicine at all. Consider the following:

Finally, none of these medicines can cure panic attacks permanently, and unless you experience a panic attack, you can’t be behaviorally trained to cope with the symptoms.

Panic attacks and panic disorder are dreadfully misunderstood, and the results of those misunderstandings can have a serious effect on your ability to cure and cope with the disorder. While you should always consult your doctor, especially if you want to rule out any physical problems, remember that panic attacks are entirely mental, and if you have a panic disorder, you should strongly consider counseling and safe forms of therapy that will help you cope with the problems.

About the Author: Ryan Rivera has authored numerous articles on panic attacks and has suffered through them himself. His website – www.calmclinic.com.